The Rudes are on the road!

We’ve had our first night at Pond Cottage, Friston Place, and it went really well, so have you bought your tickets yet? Here are a couple of bits of feedback after the first night.

“I write from a house buzzing with excitement. Our Ukrainian family – Luda, Nastya and Alisa – were absolutely bowled over by the show last night and have sent texts and pictures to their friends and family who are now scattered across Europe. They say they’ve never seen anything so brilliant and were grilling me for adjectives that would express their enthusiasm – we pooled all our adjectives and still needed more! Of course, I’ve always been immensely proud of theatre-makers in the UK but it’s wonderful to hear an outside view of just how inspiring theatre at its best can be” – Alison Allen 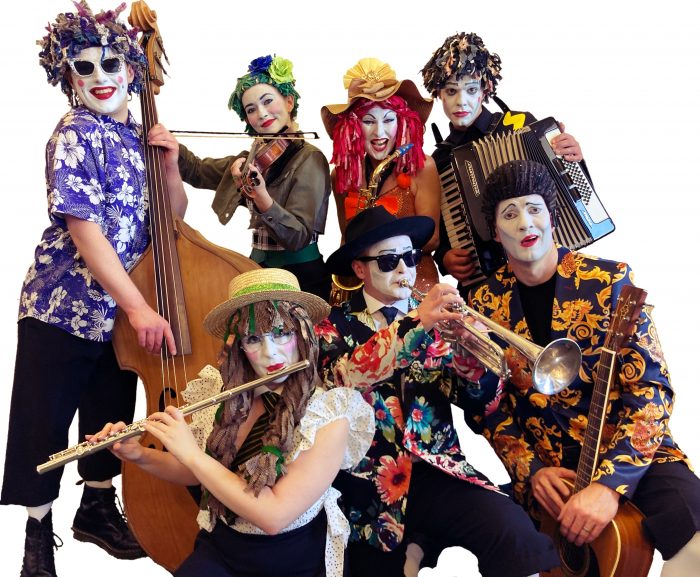 “Many, many, many thanks to you all for a wonderful, magical evening at Pond Cottage. We have only seen 3 shows and I can’t bear the thought of not having discovered the Rude Mechanicals long ago” – Tizzie Coleman,  Litlington

Lots of other lovely comments as people went home after the show. You won’t want to miss ‘Gods and Dogs’, an hilarious comedy about love, marriage and celebrity in 2084. Will it really be like this? Maybe it is already?

This new comic dystopian allegory is set in 2084 on the fictitious island of Abatina in a world where people are either glamorous celebrities or slobbering dog-like followers of them gripped to their ‘telepafones’ – with the exception of the Nevnops (Not Very Nice People) as the President, Big Al, calls them.

The story follows Tina who enters ‘Marriage Maker’, a ‘telepavision’ gameshow. The idea of the game is if you win you get to marry the super-glamorous footballer, Harry Best, on the Saturday, have a weekend of love, then divorce him on the Monday. ‘All the fun and no ties!’ as the compere, Rich Nobb, puts it.

Unfortunately, Tina makes the mistake of falling in love when she wins and doesn’t want to divorce. Doreen, her best friend, has her own opinion, but then she might be a Nevnop and the Mind Police might get to her first and send her to the wolves on the ‘Other Side’ – a dangerous world over ‘the mountain’ where the inhabitants of Abatina, according to Big Al, must not go, with dangerous free-thinkers & wolves that might get them.

Unlike in Orwell’s ‘1984’ the dystopia isn’t just about keeping to the ‘party line’, but a world where people’s minds are controlled by a trashy Donald Trump kind of reality where love is reduced to a gameshow and marriage a mere ritual convenience and about a lack of independent thinking, a kind of ‘group mind’ controlled by ‘faceless overseers’ through an all-consuming social media. It is very funny but also provocative. We want people to have a good laugh as they recognize things and watch the way characters morph into slobbering dogs, but we also want them to think about what love and marriage really are, and about the way the perception of women especially, but men too, can be warped into this kind of caricatured, crass or ‘canned’ conception of reality. Will Tina get Harry to love her? Will Doreen get ‘disappeared’ by the Mind Police? You’ll need to be there to find out. 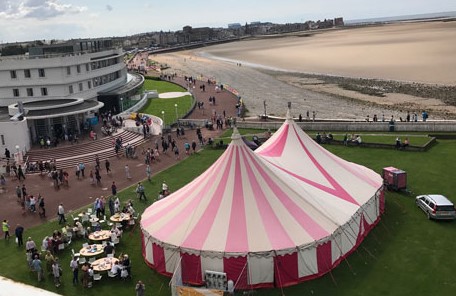 We have noticed over the last few years that summer weather has got wetter and windier and, although we are not about to stop touring outdoors anytime soon, we thought we might just try working for a week in a tent to see how it goes – and what better way than to use a beautiful ‘little top’ circus tent? They are part of our cultural heritage and a joy in their own right, but they will also give us a chance to do things that we can’t outdoors when we are competing with the weather and other background noise. For a start they are more intimate, there are no distractions, the colours and ‘shapes’ of the performance will be more intense, and the sound is closer and less dispersed. The atmosphere and experience is altogether more encompassing. 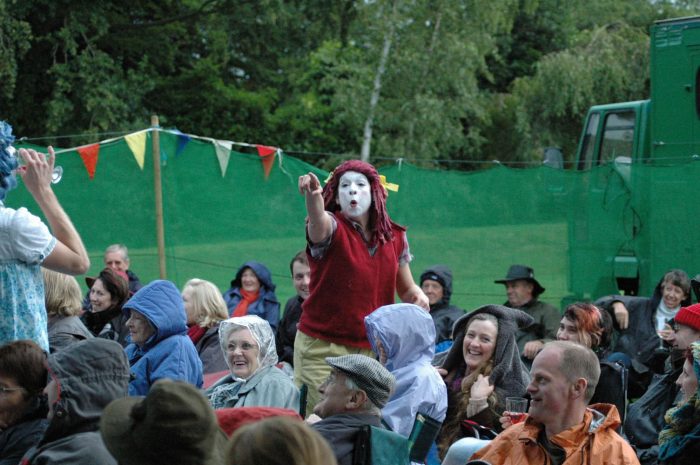 Of course, outdoor theatre is very special too. We love it! That’s why we do it, and won’t stop unless and if the weather gets significantly worse. And because it will be different you might like to come twice; see both an outdoor and an indoor version of ‘Gods and Dogs’? Numbers are restricted though with a maximum of 750 seats (provided) during the course of the week. So if you don’t want to be disappointed, then book now!

And there will be great jazz too! 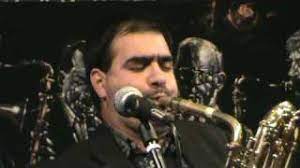 During the ‘little top’ week there will be afternoon jazz concerts with some of the best musicians on the circuit lead by Andy Panayi, the Eastbourne based wind player. Andy has performed and recorded with many singers such as Shirley Bassey, Jessye Norman, Paul McCartney, Seth MacFarlane, Elaine Paige, Salena Jones, Elvis Costello, Georgie Fame, Peter Skellen, Zoot Money, Irene Reed, Elaine Delmar, Helen Shapiro, Madeline Bell and Patty Austin to name a few. Concerts are on Thursday, Friday, Saturday and Sunday afternoons (4th – to 7th August) from 2.00 to 4.30 (entry from 1.30). Pay on the door. So why not spend the day with us? Paddle in the sea in the morming, watch great jazz in the afternoon and see ‘Gods and Dogs’ in the evening. What a great day at the seaside!

Tickets on sale now for ‘Gods and Dogs’!

Book tickets now on this website or ring 01323-501260. Full itinerary is available by clicking here –

Please read through the details carefully.

We had some lovely reviews last summer. Here’s a taste.

What do people say about us?

Just to see we saw Little Lily Harley last night in Haslemere and it was pure bloody magic. So wonderful to see The Rudes on the road again, a special little piece of summer after a rubbish year. I hope the gods of weather smile on you for the rest of the tour – Drs Hester Wain & Graham Brown

Congratulations and thank you!!  Last night was fantastic at Halnaker – our group enjoyed it so much – brilliantly done!  Now we’ll have to wait another year – can’t wait!! – Hazel Allinson

A really lovely evening at Haslemere yesterday. Congratulations to cast/crew for a wonderful performance, and to a guest appearance from Fosca!  Amanda Clegg

I watched the Rudes with a gang of us last night in Dial Post and it was amazing.  So good to have you back playing for us and as a big fan of Fosca, I was thrilled to see him! Michelle Low 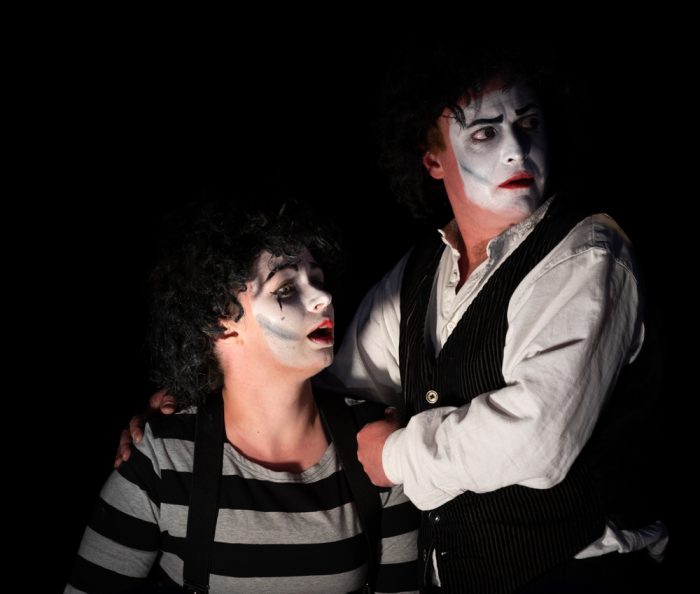 Another success, absolutely brilliant evening well done to the gang. It was so good to go out and enjoy ourselves. Looking forward to the next one. Maybe you can do something with Charlie’s later life, that would be great fun – Pauline Saunders, Dial Post

We enjoyed it enormously and next day we had some visitors who expressed real joy. Indeed an elderly academic friend (who was director of education for Leicestershire – no relation to my cousin), who is very sceptical about all matters, said he found it just wonderful – greatly impressed by the actors and their attention to fine detail, and was deeply emotionally involved.  Praise indeed. We have received congratulations from a number of others. Richard Hunt – Halnaker

I came to Worth Matravers with friends last night. The play was absolutely brilliant. You’re all extremely talented.

Fabulous show once again (in Worth Matavers), and amazing weather after all the fire predictions. I took along 9 people who had never seen you before including a former actress/London stage manager, professional singer and a keyboard player – all entranced – Jane Linger

Learn more about The Rudes