In Sessions 1 & 2 we covered the main jobs in doing Front of House, except programmes & merchandise – and Page 4 of the record sheets, the back page. We’ll have a look at all that now. Here’s Page 4 first because all of these things are tied up with it. 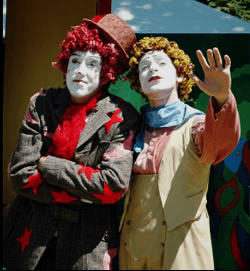 Now you’ve done the course you are well set up to do front of house!

So a really big thank you!

To go back to the front page click here