‘The Commercial Traveller’ is done. It has dominated my mind for a year and even longer really given the first drafts of some of the early scenes written over two years ago. It is unlikely that it will be done again. A film has not been made of it, although people often ask if we make them. There may be a script published, but probably not. Six thousand, three hundred and thirty people saw it. None of the performances took place in a famous theatre; all were in unique outdoor urban but mainly rural spaces. The press did not come. 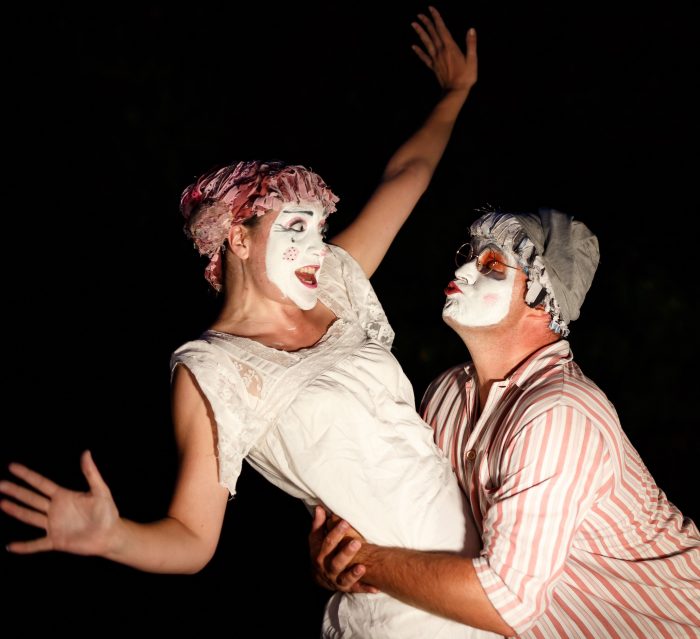 e in each audience member’s mind the memory will persist, but even that will in time drift out of upper consciousness. Hopefully if they had a good time they will think of it from time to time.

This may seem sad at first. Why? Because we would like to think that the things we create will live for ever – and they don’t. Like the adult mayfly’s brief five minutes of existence ‘The Commercial Traveller’ has had its time and is now ‘another one done’.

But that’s alright! That is absolutely alright.

Each night during the summer a unique group of people got together in a particular place. We, as actors and crew, assembled and performed our play. We shared it with them for those two hours; it was a moment – We hope! – of joy for two whole hours and a bit. And that coming together of audience and actors, that sharing of our minds in the telling of a story, we hope made life a little better – and that is our contribution. The audience will judge whether it was a good experience or not. From the feedback we have had it seems it was a very good experience; it certainly was for us as a team. For me life is very much a series of stepping stones. After this article I will mentally jump onto the next stone; I will not look back. If most of those audience members had a good time I will be happy.