The Rudes in Winter

If you are a fan of the Rudes and are used to seeing us in the summer time, you may wonder what we get up to for the rest of the year. Well, occasionally we do a winter show (such as The Dressing Book, or The Lighth 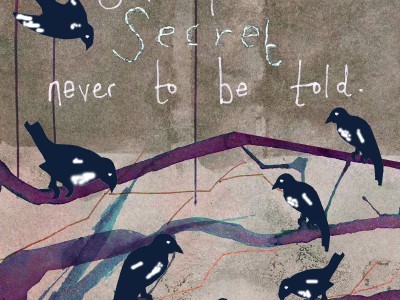 ouse Keeper’s Cat). These are either in theatres, or community centres, or village halls. We would like to do more of this work, but as all our work is brand new and all written by me (Pete Talbot) finding the time to write two plays a year, or indeed organise two tours a year (because I do that too), is difficult. But hopefully as we grow and get more money, especially for admin support, then perhaps there will be more winter productions. We have plenty more stories to tell!

So what else do we do? Well most of our regular actors are out working with other companies, especially in Christmas plays and pantos. If you follow our Twitter page you will see what people are doing. They are not exclusively Rudes’ actors, but are busy earning their living as jobbing actors, paying their mortgages and raising their children. So what else? Well, as you would expect in the winter, seeds of future work are being buried in the hard earth and are growing. The new play for Summer 2017 – The title will be announced after the Winter Festival – is already well under way and a new score is about to be written. Lots of other work is being done.

There will be fifty-two performances at fifty-one venues and all that has to be organised. In fact all the venues are now decided and new ones visited. Soon work will be done on the promo image and blurbs, and costumes and wigs will made. But in the meantime the play is growing. We had so much great feedback about ‘Macbyrd’ – and then people say, “Now you have to do it all over again!” That is very scary. Not so much the doing of it, but the pressure for it to be just as good. After a while I have to forget about that, just focus on it and hope that you will enjoy it. It will be different. It always has to be different. We can’t keep doing everything like ‘Five Get Famous’ or ‘Gentle Harry’s Farm’ – and sadly there will be no magpies in the 2017 summer show. But you can read about them in the new hard copy of ‘Macbyrd, or A Mischief of Magpies’, which is being published right now and will be out for sale sometime early in 2017.

In the meantime try and see our actors out there doing their thing and think of me tapping away on the computer getting ready for the next episode of The Rudes.