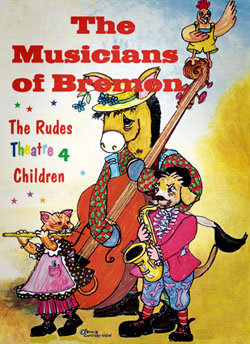 The Musicians of Bremen

“A very engaging and visual production!”

“A musical, educational & enjoyable experience. It put a smile on all the children’s faces”